Home › model › Ever wanted to spray vodka in your mouth?

Ever wanted to spray vodka in your mouth?

Looking around a restaurant, I saw different type of dispensers, from nozzles to pumps. That got me thinking, why there weren’t sprays? For something like ketchup, it’s obvious the viscosity would be too much. But what about vodka? Haven’t people ever wanted to spray vodka into their mouths?

Of course, Smirnoff would never endorse something like this, but with 3D printing, we can take our creativity into our own hands. So I designed an adapter so I can attach a sprayer on top of a Smirnoff vodka bottle. Behold! 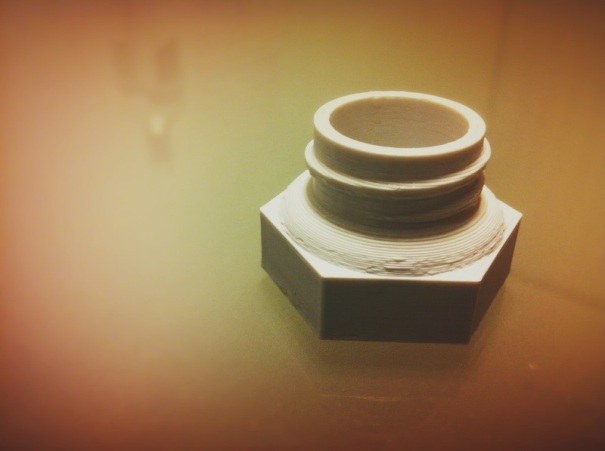 Now, decadent party-goers can have a new way to make a fool of themselves, shooting vodka at each other, and mostly missing the mouth. Or, if you prefer, an easy way to create a makeshift flamethrower (at your own risk)! And if that doesn’t really appeal to you, know that you can spray stems to help preserve flowers, albeit impractically.

As silly as this application may be, before 3D printing was available, it was just impossible to make something like this. You can remix and recombine the world around you in ways that was not anticipated by others. When you get use to the idea of being able to remold the world around you, the world looks very different. Because when you realize that everything in the world around you was made by people no smarter than you, you’ll feel compelled to make it better.

Want to download and print your own? The project is called Everyspray and hosted at Cubehero. If you have patches to attach the sprayer to other types of bottles, just submit files to the community.